We often buy shampoo without really knowing what’s in it.

We may have been seduced into said purchase because of an attractive price, an online ad or a recommendation from a friend. Or – and let’s be honest here – simply because we liked the design and colour of the bottle.

It can be very disappointing to discover that, after a few times of using it, our hair does not feel its usual, silky self. We notice a crispiness, lesser defined curls, perhaps even damage.

Naturally, this will get us thinking about our choice of shampoo and whether it’s really the right fit for our hair or not.

Upon studying the ingredients listed on the bottle and trying to figure out how beneficial or harmful they can be to our curly hair, we are faced with many terms we are completely unfamiliar with.

Among them, we have several types of sulfates, the different types of which can be just as difficult to identify.

One of these sulfates is the ammonium laureth sulfate.

You have probably used several products containing this sulfate; it is common in all types of beauty and cosmetic goods including shampoos, but also toothpaste, body gels and soaps. It is a widely used ingredient in these kinds of products, not only because of its cleansing properties but also because it is very economical.

There is a lot of speculation about this particular sulfate and its effects on our hair, with many sources advocating for its use and many others warning us against it. In this article, we’ll get to the bottom of this common shampoo ingredient and its characteristics.

What is Laureth Sulfate?

Ammonium laureth sulfate is an ammonium salt. Although it is originally derived from the coconut, it is commonly created in laboratories for its use in all types of products.

As is true for every other sulfate, ammonium laureth sulfate is a surfactant (“Surface active agent”) – that is, an active agent that creates tension between two surfaces.

In the case of a shampoo, ammonium laureth sulfate is used to create foam once it comes into contact with water.

This foam helps to wash away grease and dirt in general, as well as to maximize the cleaning efficiency of the product. It also has a psychological, commercial component to it, as many users believe that, the more foam a product generates, the more cleansing it is.

Ammonium laureth sulfate is an improved form of ammonium lauryl sulfate. The suffix, “eth”, comes from the added oxygen through a process known as ethoxylation, which makes this agent softer and more water-soluble.

This addition has proven to be a solution against sulfate residues that persist in the skin after washing your hair, and provides a milder, less aggressive agent.

Is it Safe to Use on Your Hair?

The problem with sulfates and the foam they create is that they do their job too well. A sulfate basically acts as a detergent that eliminates dirt when we apply it, but also our hair’s natural oils.

As such, it can eliminate our hair’s natural protection. This becomes a problem when using a shampoo with ammonium laureth sulfate on a regular basis. In this case, we are not leaving these natural oils enough time to form again.

When used sporadically, this sulfate is considered to be gentle on our hair and skin. If used excessively, though, ammonium laureth sulfate – and all sulfates in general – dry out our hair, to the point of causing skin irritations and even the apparition of dandruff. It also makes our hair that much more brittle.

In the long term, it may not only affect our hair’s health but its colour, too. In the most extreme cases (and, generally, mostly among men), it can lead to hair loss.

How & When to Use it

Even so, this last one is not as aggressive as its lauryl cousin and, when used moderately, shouldn’t have any adverse effect on your hair.

If you have naturally oily hair, you may find that you need a sulfate-based shampoo to clean your hair properly. This may also apply to styling products such as hair gel or creams you use frequently.

It is also important to consider that not all shampoos include the same proportion of sulfates in their composition, though the percentage does not always appear among the ingredients listed. A good measure of their quantity is to study where they are positioned in the list of ingredients: the higher they show up, the more prominent they are in the product.

If you have curly hair, it is important to try to keep it as hydrated as possible for glossy and well-defined locks. Even so, it may not be the best idea to completely stay off sulfate-based shampoos, to achieve a good and deep cleaning of the scalp and hair. Try to incorporate a shampoo containing ammonium laureth sulfate into your haircare regime once or twice a month tops and stick to a sulfate-free shampoo for regular washing.

When deciding on whether to use a shampoo containing ALES or not – and, if so, how frequently – there are two pointers worth mentioning. If you have dyed hair, you should try and avoid using shampoos containing sulfates, as it can wash the colour out. The same is true for swimmers who frequent the beach regularly since the salt exposure will work cleansing enough. 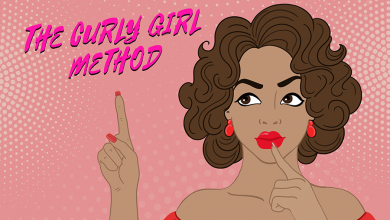 The Curly Girl Method UK & Products To Use 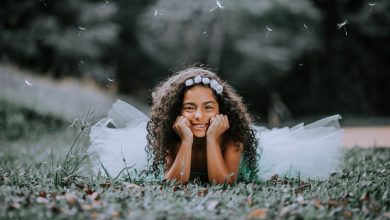 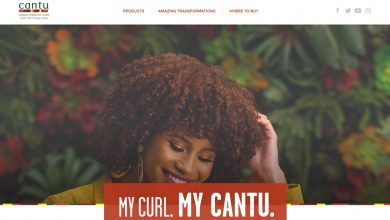 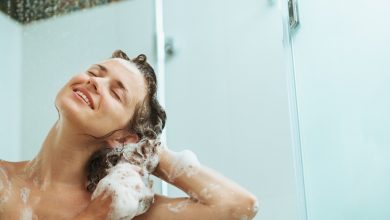