As you embark on your new and approved curly hair journey, you’re bound to be faced with confusion when it comes to buying the right products for your hair.

Many hair treatment techniques and methods – including the Curly Girl Method – advise against using any alcohol-featuring products, as it is known to dry out your hair and skin.

As you browse through the many available hair products at your local supermarket or Amazon however, you’ll find that avoiding alcohol can seem downright impossible unless you go for a 100% natural product. This can be extremely frustrating as you’re trying to navigate the best path to better curls.

Fortunately, there’s a simple trick to figuring it all out: it’s all about being able to distinguish between alcohols that are beneficial to your hair and skin and those which have the exact opposite effect and increase dryness instead. Let’s start with Cetearyl alcohol, as this is the one, you’ll come across the most.

What is it for?

There are two different kinds of alcohols – emollient alcohols and solvent alcohols. Cetearyl alcohol falls into the former category and is commonly used in many skin and hair care products due to its emulsifying properties.

It is a chemical made up of cetyl and stearyl alcohol, both of which are fatty alcohols that can be found in animal and plant products such as coconut oil.

Cetearyl alcohol is a key player in the beauty and hair industry seeing as it acts like an emulsifier that stops creams and shampoos from separating into a hot mess of oil and liquid.

It is also responsible for working up a nice lather in the shower, as it aids in a product’s ability to produce foam.

To understand whether a type of alcohol is good or damaging to your hair, you’ll have to get into science mode for a moment.

There’s no need to break out in pre-exam stress here, as the difference between what is constituted as good or bad alcohol for your hair, is rather simple: it all comes down to the alcohol’s molecular structure.

The molecular structure of alcohol is made up of a non-polar carbon chain and a polar hydroxyl group. The resulting properties of alcohol depends on whether they have a short-stain structure or a long-chain structure; the former results in drying alcohols, while the latter result in emulsifying alcohols, i.e. fatty alcohols.

Is Cetearyl Alcohol Bad for Your Hair?

Being a fatty alcohol, you won’t have to worry about Cetearyl drying out your skin or hair, as it serves similar functions to oil, with a moisturizing and softening effect.

If you’re prone to a very dry scalp and skin, you’re probably wary about treating your hair with any products containing alcohol, but Cetearyl is one you don’t have to worry about unless you’ve experienced bad reactions in the past.

Thanks to Cetearyls long-chain structure, it is rich in carbon content – and you know what that means? It acts as extra lubrication, absorbing and retaining moisture with the help of its film-forming properties – in other words, it’s a little treat for your hair.

Whenever you run your fingers through your soft, silky hair and wonder what ingredient in your chosen product is making this magic happen, well here’s your answer: Cetearyl alcohol has a whole lot to do with it. It adds that pretty shine and the healthy look we’re all after.

What are the ingredients?

The name is derived from the Latin word for whale – namely, Cetus – as the oil was first obtained from sperm whale oil – known as spermaceti – by the French chemist Michel Chrevreul in 1817,

At room temperature, you wouldn’t recognize Cetearyl alcohol as such, as it takes on a solid, waxy form that is also seen in the form of flakes at times.

Its particular forms and properties allow products labeled as “alcohol-free” to contain Cetearyl alcohol because of its effect on hair and skin really is beneficial rather than damaging, unlike long-chain drying alcohols.

You have to be so careful when you’re buying hair and beauty products, especially if you have sensitive skin and/or (are prone to) allergies.

There are so many cheap product lines that are packed with short-chain alcohols and other chemicals that are not only damaging to our hair and skin, but the environment too, which makes it all the more important to be vigilant and read your labels religiously.

As we’ve already mentioned above, Cetearyl alcohol can often be found in products labeled “alcohol-free”, and that is because it is an emulsifier that just happens to be alcohol – of the good and safe variety.

If you are suffering from eczema, it’s always wise to test any product containing this alcohol on a small batch of skin or hair prior to going for the full treatment, to ensure you won’t experience any adverse reactions.

People with eczema and back acne have been noted to have allergic reactions to products containing Cetearyl alcohol, though this is commonly caused by impurities in the commercial chemicals.

There are varying schools of thought on the subject of alcohol and which type may be considered halal or haram. The philosophy behind the Qur’an’s rules on alcohol is about staying clear-minded and bodied on your journey to find Allah, hence it’s the intoxication and impurity of alcohol that is frowned upon.

There is a lot of debate between different schools of Islam as to whether alcohol – even in the form of vanilla extract or soy, or foods cooked in alcohol – should be avoided, as they will not have an intoxicating effect when consumed in prepared foods, though they will be digested.

The general – perhaps, modernized – rule, however, is that alcohol in low, non-intoxicating quantities are acceptable.

When it comes to Cetearyl alcohol, the answer is somewhat simpler.

This long-chain alcohol falls under the concept of “Istihalah” which means to transform or change, seeing as it is not possible to consume it in its natural, original form.

The main misconception surrounding alcohols in hair and beauty products in regard to whether they are halal or not, stems from the belief that our skin will absorb the chemical, hence it will exist internally as well as externally.

However, in looking closely at Islamic teachings, it has been shown that halal edibles aren’t necessarily haram for external use and vice versa.

So, while the resulting beauty of hair treated with Cetearyl alcohol-containing products may feel close to intoxicating, it’s just your ego getting a healthy boost – the alcohol has absolutely nothing to do with and is therefore considered halal.

I come from a land far, far away... and my hair is very curly, obviously! I have started this blog to share curly hair stories and what I use to manage my own hair. My other main passions are food, art and literature. 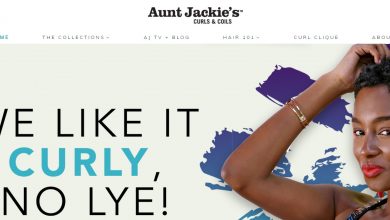 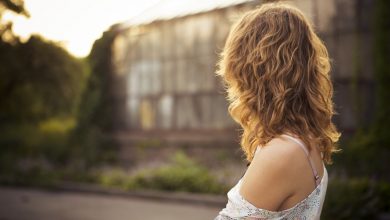 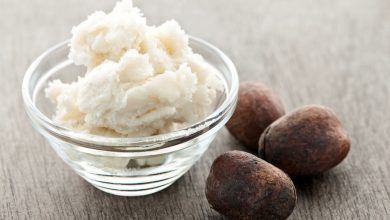 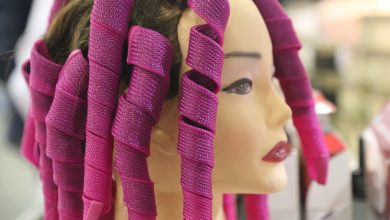 Where You Can Buy Curlformers Online