Every now and then, a new model pops up on the scene, immediately casting a spell on us with their inimitable style, striking appearance and undeniable presence. Pippa Melody Christian, the Liverpudlian model with Jamaican and Trinidadian roots, is one such model.

With a degree in psychology and piercing blue eyes, she has taken catwalks and social media platforms such as Instagram by storm.

Though she had already dabbled in the world of fashion in 2012, it wasn’t until a renowned casting director reached out to her via Instagram a few years later, that she finally started working as a model on a freelance basis.

When recently asked about her signature feature in a Style Cartel interview, Pippa answered:

Always open to experimenting with her (hair) style, she has stated her interest in shaving her head but is more focused on embracing her afro.

In fact, Pippy has become somewhat of a spokesperson for natural hair on Twitter and Instagram and was the focus of an Elle article titled: “This Model Has Had Enough of the Industry Not Being Able to Handle Her Afro.”

In it she expressed her disappointment with the fashion industry’s treatment of black hair, describing various experiences that made her feel uncomfortable and, worse yet, worthless.

“I have lost count of the times I have walked into a job (most times as the ‘token afro’) and felt alienated or like my hair is a burden to a so-called professional hair stylist who won’t even have simple pieces of a hair kit like an afro comb or leave-in conditioner,”

Pippa Melody Christian’s success is hardly surprising. She knows how to own a wide range of looks – both in terms of hairstyles and fashion – and radiates that kind of inner and outer beauty that makes a photo shoot or runway show stand out.

She dreams of walking for Ashish or Fenty one day, and always carries Nivea moisturizers and lip balm with her for quick, soothing beauty remedies on the road. She loves a quality weave from her favourite hairstylist, Jake Gallagher, and is always up for different braiding styles.

One of the things she’s most famous for besides her fantastic work and curious personality is her beautiful 2 to 3C type, dark brown ringlets.  She often brushes it out for a full afro – one she wears with great pride, despite the industry’s known discrimination against black afro hair.

“All Hair is Beautiful”

Many model agencies and designers still send out casting briefs blatantly stating, “hair type: all except afro”. On the flipside, many agencies turn to the afro for the token black girl look, which shows equally racist attitudes.

Using her platform to raise awareness of these injustices in the world of fashion and beauty, Pippa continues to promote self-love and confidence for all hair and skin types. In a heartfelt post on Instagram, she told her followers:

I’m here for the afros who struggle within the fashion industry because their hair isn’t completely cropped, thus ‘easy to handle’.

I’m here for anyone who’s been made to feel alien or like a burden by a, clearly, incompetent hair stylist (or anyone for that matter), because of the follicles that grow naturally from our heads.” 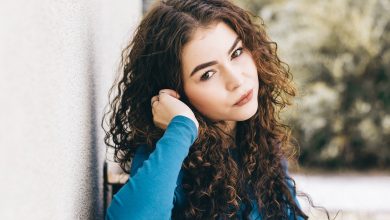 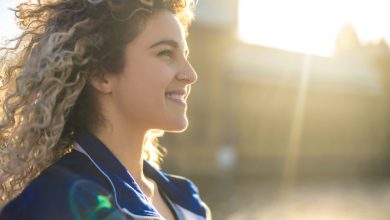 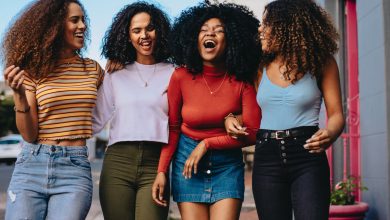 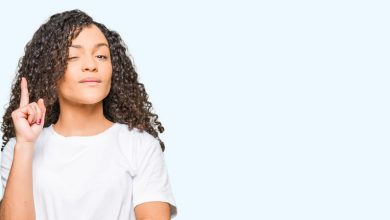